Les Deux Alpes has four beginner zones or nursery ski areas, 17 green pistes and 45 blue, split across each side of the ski area, allowing you to learn the basics and then progress further up the mountain.

Nursery Ski Areas
Three of the four nursery ski areas in Les 2 Alpes run along the base of the ski area, on the glacier side of the mountain. All of them are easily accessible as they run parallel to the main road that comes through the centre of the resort.

There are 13 ski lifts in total in this area, all of them quite short, giving access to the nursery areas and low lying pistes. Five of the lifts here are free, so if you’re a complete beginner you can practise the basics before buying a lift pass.

If you’re feeling more confident after getting used to the low level nursery areas, you can take the Jandri 1 gondola (Oeufs Blancs) to 2100m and you will find the fourth nursery ski area ‘Les Crêtes’. You can also take the Diable chair lift up to get there and you’ll need a lift pass for both these lifts. Once at Les Cretes you can use the Crêtes chair and Petites Crêtes magic carpet which give you access to two longer green runs, one of which returns down the nursery areas.

Green Pistes
Pistes such as Bosquet, Les Limaçons, Les Vikings and Rivets are some of the easiest runs in the resort, all of which have drag lifts which run slowly in order for easier access for complete beginners and for those still looking to find their legs at the start a week of skiing.

A lovely low altitude green run that weaves through the village from the top of the Champame beginner area to the Côte and Petite Aiguille chairlifts is the Liaison Vallée Blanche. The start of this piste isn't very obvious - the easiest way to get to it is to traverse right, across the top of the beginner area from the Grand Bosquet Poma and look for the narrow entrance on the right above the road. Return is via the Petite Aiguille chair and the end of the Demoiselles green run.

Blue Pistes
When you’re ready to progress onto blue pistes, there are 45 available and you can even ski blue runs from the top of the glacier all the way back down to resort. Take the Jandri Express from resort, through the mid station at 2600m, up to 3200m. From here either take Puy-Salie 1 drag lift just across from the exit of the Jandri Express and admire the views all the way to 3400m or, if not confident on these drag lifts, you can drop down 20m to take Funiculaire Dôme Express to 3400m. Once at 3400m there are 3 blue runs to enjoy, Jandri 5 and Puy Salie 1 & 2, all leading back to 3200m.

Or to go to the roof of Les Deux Alpes at 3568m, from 3400m traverse across to Téléski du Dôme de la Lauze. Here you can very often enjoy La Lauze piste all to yourself, cruising all the way back down to 3200m or for those feeling hardy, join on to Le Signal blue piste down to 2800m.

There are five free ski lifts in the lower nursery ski areas in Les Deux Alpes (marked with a red line on the piste map). These give you access to four very short, gently sloping green pistes where you can build your confidence.

When you're ready to leave the nursery areas and progress onto more green and blue pistes, you can buy a ski pass from as little as half a day. Ski passes are valid for the whole of Les 2 Alpes ski area, and will allow you to explore a total of 17 green pistes and 45 blue pistes on either side of the valley. 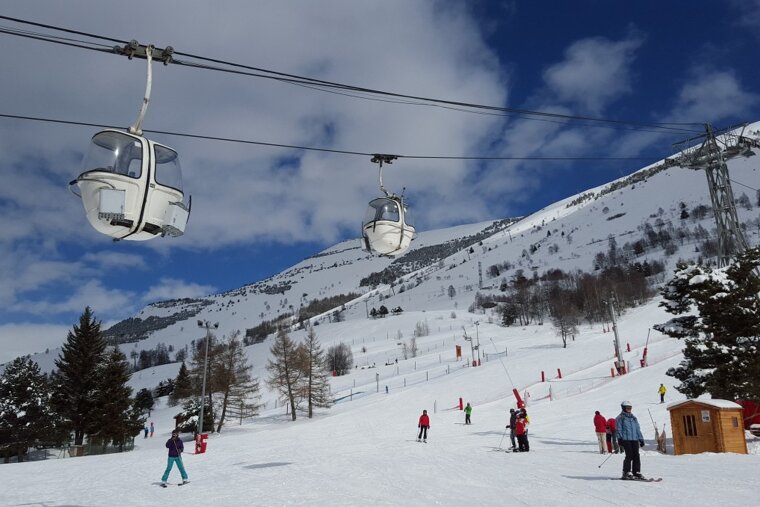 Pre-booking your ski hire in advance allows the hire shop to prepare for your arrival and smooths the process. A key thing you should consider when booking your equipment is how close your accommodation is to the ski hire shop, or to the foot of the pistes for when lessons have finished.

Even if there are several equipment options to choose from, we recommend you go for the most basic. Beginner skis are short, flexible skis that are easy to turn or, if you're snowboarding, you'll have a shorter stiffer snowboard that's easier to control and generally cheaper too. You won't need to know about the technical aspects of any of the equipment as ski hire shops will advise you to get the best model for your ability and size once you've booked. 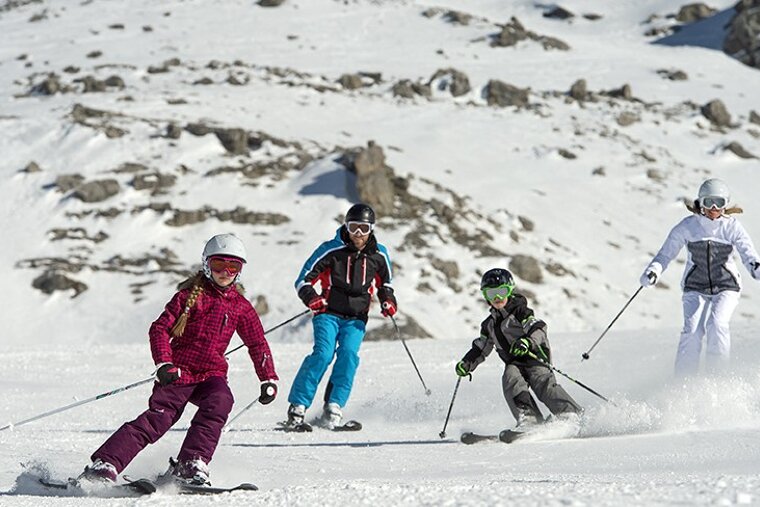 What should I wear when skiing or snowboarding?

Buying all the gear before you go can be daunting if you’ve never set foot in a ski resort before. The key items to bring with you, along with the obvious ski jacket, ski trousers and sunglasses, are as follows:

Take a look at this year's Ski Pass Prices or, if you're not sure which pass to buy, read Ski Pass Options for more information. Find your way around with Piste Maps for Les 2 Alpes. 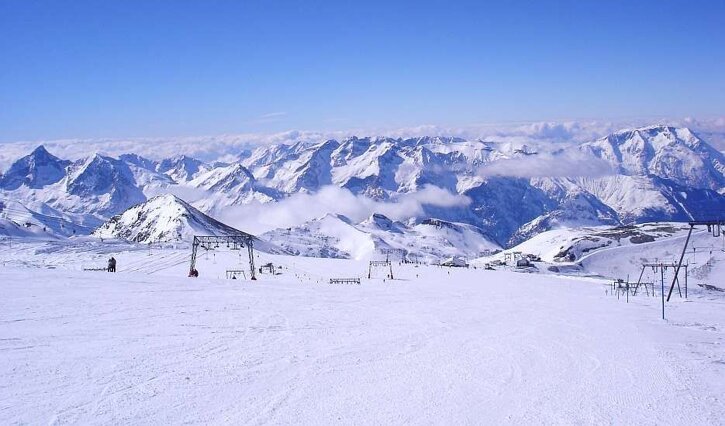 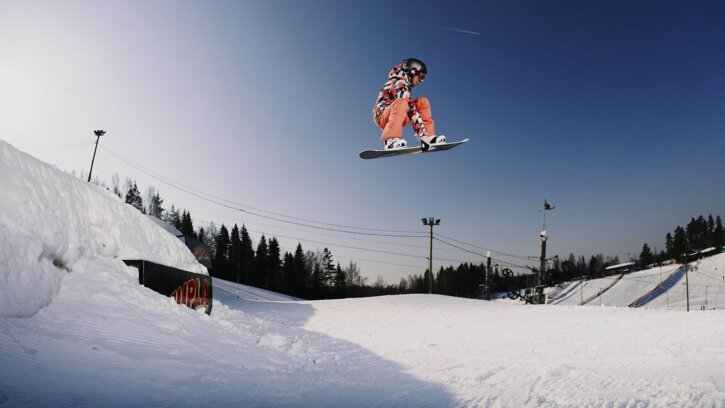